Testimony – A Miracle That Made My Blood Pressure, Blood Sugar & Cholesterol Disappear

I am a well-built, 61-year-old British consultant. Until I found out how bad my physical condition was, I had been feeling very energetic and healthy. Beginning July 1997, I noticed my feet and ankles were swelling. It became so bad that I could not even put on my socks.

Doctors could not determine what was wrong with me until February 1998.

At that time, a medical report showed that my blood pressure was 180/110. The doctor jumped the wall! He said I could collapse anytime. My total cholesterol was high, and my glucose level was high too (which meant I was diabetic as well). I was immediately put on medications to control my blood pressure and cholesterol. To make things worse, four months later, I became impotent.

I met with Dr. George Jeremiah, M.D., who recommended that I see Dr. Lynn Tan. Dr. Lynn put me on a two-week regime of the Detoxification & Rejuvenation Programme. It was a tough time for me as I was on my own. I found myself spending most of my time either in the kitchen making nutritional drinks or in the toilet taking coffee enemas.

However, I found the effort was well worth it because my blood pressure, blood sugar, total cholesterol, and my manhood vitality were all restored to normal after completing the programme. My weight also dropped from 136 kg to 106.5 kg. It has been more than a year since that time and I am still feeling fine and healthy.

The above testimony is one of the amazing testimonies from the True Life Experience Testimony booklet. Call us today to get a copy! 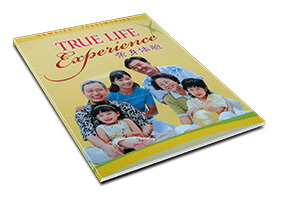 WhatsApp Stanley @ 018-3938733
Add his contact
Start a WhatsApp chat
About NewLife Today (formerly NewLife@AmpangPark)
Our dream is for all people in this generation and the next to be equipped with the knowledge of total health, so that they can be free from diseases. Read more...
At some period in our lives, most of us have wished for better health for ourselves and for those we know and love. Some way to regain the vitality we have lost.
We want a safe and effective method to combat illness. A way to repair our bodies instead of just treating the symptoms with drugs.
Wishing to start all over again. Go back to the way we once were physically, at an age before "modern living" lifestyles and bad habits took their toll. Can it happen?
Maybe having someone to show us the how to honestly fight and win the battle against diseases like cancer and heart attack. To defuse the ticking time bombs of high blood pressure, failing kidneys and tired livers. Is there a fighting chance?
At NewLife, we have seen these wishes come true over and over again, it would be irresponsible and unkind not to help, not to share what we know.
Backed by real life testimonies from people who have benefited, we hope you will find, together with us, the way to make your health wishes come true.
Wishing you the pink of health, contact us for free health consultation.
WhatsApp Stanley @ 018-3938733

Notice : Because of Thaipusam 2021, deliveries may bottleneck on Thu 28th Jan. [dismiss]