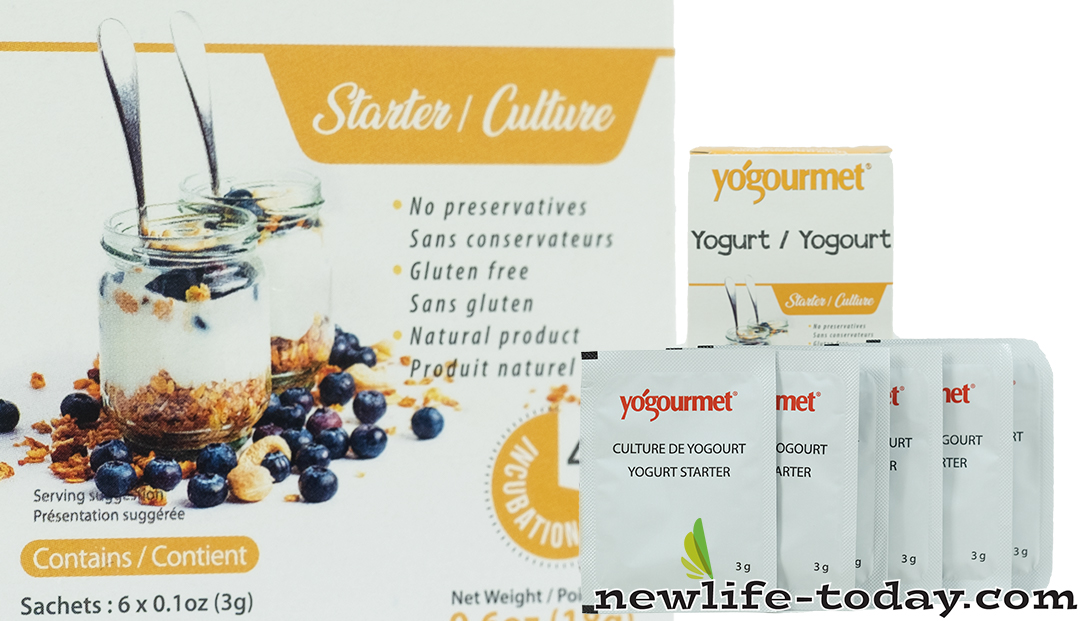 Lactic Bacteria is an ingredient found in our Yoghurt Starter product as shown above.
Ingredients contained are not sold separately from the product unless it's the only ingredient.
Yoghurt Starter contains Skim Milk Powder, Ascorbic Acid, Lactic bacteria, Lactobacillus Bulgaricus, Streptococcus thermophilus, Lacidophilus.

Lactic bacteria, to include Acidophilus, that exists from the upper part of the small intestine to the lower part of the small intestine and Bifidobacterium, that exists from the lower part of the small intestine to the large intestine, have the specific property of transforming sugars almost exclusively into lactic acid and acetic acid that decrease the pH of the intestines and produce substances that suppress harmful bacteria. They are abundant in nature and are essential for human and animal survival. They are usually present in the skin, the digestive system and in the vaginal mucosa where they fulfill a number of functions and assure the protection of tissues against the action of harmful microbes. The functions are so important that we designate lactic bacteria as being, ‘probiotic,’ or agents that protect life.

It has been shown that lactic bacteria, in particular Streptococcus faecium, colonize the intestinal mucosa preventing its attachment by other harmful microbes. This protects the integrity of the digestive system eliminating the onset of many digestive disorders.

WhatsApp Stanley @ 018-3938733
Add his contact
Start a WhatsApp chat
About NewLife Today (formerly NewLife@AmpangPark)
Our dream is for all people in this generation and the next to be equipped with the knowledge of total health, so that they can be free from diseases. Read more...
At some period in our lives, most of us have wished for better health for ourselves and for those we know and love. Some way to regain the vitality we have lost.
We want a safe and effective method to combat illness. A way to repair our bodies instead of just treating the symptoms with drugs.
Wishing to start all over again. Go back to the way we once were physically, at an age before "modern living" lifestyles and bad habits took their toll. Can it happen?
Maybe having someone to show us the how to honestly fight and win the battle against diseases like cancer and heart attack. To defuse the ticking time bombs of high blood pressure, failing kidneys and tired livers. Is there a fighting chance?
At NewLife, we have seen these wishes come true over and over again, it would be irresponsible and unkind not to help, not to share what we know.
Backed by real life testimonies from people who have benefited, we hope you will find, together with us, the way to make your health wishes come true.
Wishing you the pink of health, contact us for free health consultation.
WhatsApp Stanley @ 018-3938733